Sustainable development: cooperating rather than isolating

Five years separate us from 2015 and from the major commitments on which the international community, meeting within the United Nations, has reached a series of decisive agreements: Paris Climate Agreement, Agenda 2030 for sustainable development, launch of negotiations on a future protection status for the high seas. They testify to a shared conviction that cooperation between States brings not only global benefits (a more stable climate, for example), but also, for each of the signatories, individual benefits that outweigh the constraints that such cooperation entails. However, three years later, the difficult international context is not conducive to such cooperation, the benefits of which need to be demonstrated once again. At the beginning of 2019, IDDRI is analysing these political issues and the role that think tanks will have to play in analysing and making proposals.

Where does sustainable development stand?

The last three years have seen a series of difficulties, both internationally and in Europe and France. In particular, in the wake of the new American climate and environmental situation, countries of major influence are beginning to exempt themselves from long-agreed ecological disciplines (such as Japan with the resumption of whaling1 ) or to distance themselves from the conclusions of the IPCC2.

However, the achievements of the 1992 Rio Conference, consolidated three years ago, are holding up: the Katowice Climate COP adopted the modalities for implementing the Paris Agreement; the Sharm-el-Sheikh Biodiversity COP is getting ready to prepare its global strategy; the Intergovernmental Platform on Biodiversity and Ecosystem Services (IPBES) is preparing to publish a much-awaited global assessment of biodiversity.

With regard to the implementation of the Sustainable Development Goals (SDGs), initial progress has been made. The fight against inequalities, SDO n°10, which constitutes a major political advance of the Agenda 2030, is today at the heart of the agenda not only of development banks (World Bank, French Development Agency), but also of major financial policy institutions such as the International Monetary Fund . The rights-based approach is making progress, including in the courts. In Latin America, the Escazu Agreement on Access to Information, Public Participation and Justice in Environmental Matters was adopted (in March 2018) in the framework of the Economic Commission for Latin America and the Caribbean (ECLAC), which is a significant legal and political event. In many countries, Agenda 2030 is establishing itself as a benchmark for public policies and stakeholder engagement.

The need for an in-depth debate

At this moment in contemporary history when essential post-war constructs and values are being called into question – multilateral governance, the gradual lowering of borders, international solidarity, cooperative management of common goods, nuclear disarmament, the gradually shared vision of democratic and social governance extending fundamental freedoms, the relevance of European construction – IDDRI clearly has a prominent role to play in showing that the principles and values of sustainable development and Agenda 2030 can contribute to a renewal of public life in all its dimensions and at different scales, with the participation of the stakeholders concerned. The very strong rise in protests and radical criticism, whether legitimate or not, whether well-founded or not, leads to a twofold imperative for sustainable development stakeholders:

participate in an in-depth examination of problems, particularly in the social field, and of what has gone wrong, including in the fundamental institutions of multilateralism or European integration ;
convince that cooperating with other countries to preserve global common goods (climate, biodiversity, but also equity or food security) is the best bet, even for our individual interests.
One of the issues that crosses most of the contests concerns the globalized economy. Perceived as putting in competition territories and countries ready to do anything to attract investors and jobs, with massive social and environmental impacts through a race to the lowest costs, it does not allow the citizens of these countries to design their own long-term social project and invest in their future. It then leads too quickly to withdrawal and a refusal to engage in ambitious cooperation with other countries, thereby claiming to restore more sovereignty. But this is a delusion: the only option for preserving the interests of each and everyone is, on the contrary, cooperation to improve regulation, within the multilateral framework and within Europe.

This is both a historic challenge and an historic opportunity for Europe, which has the capacity to bring the Member States together around a common project. This is what should be at the heart of the campaign for the European elections next May. The European Union, the world’s third largest trading power and the largest common market, should play a major role in changing the trends of globalisation. The rules of the game of trade between Europe and the rest of the world should be a lever for a new model of globalisation, in the face of different projects (e.g. Donald Trump’s America first, Xi Jinping’s new Silk Roads) and in support of the most vulnerable countries. Stressing Europe’s strengths, but also the undeniable achievements of European construction and of the Member States, both in social and environmental matters, should not prevent us from analysing the reasons that today limit progress and that also divert citizens from the European institutions. What is preventing the common agricultural policy from being radically reformed today to allow the transition of the agricultural and food sector to improve its health and nutritional, social and environmental impacts? Can competition rules within the common market or the potential benefits expected from new free trade agreements weigh more in the trade-offs than the social or environmental issues raised by citizens and civil society? This opens up essential questions about the construction of Europe and its institutions which will have to be explicitly addressed during the campaign.

It is of course up to each country, in Europe as elsewhere, to take up the challenges to really implement the ecological transition in society. In the international arenas of sustainable development, this is called “ambition”. Today, being ambitious no longer just means setting goals, however high they may be. We must give ourselves the means to achieve them. And we must do so with and for citizens, with clear-sighted alternatives, with anticipated solutions, with the indispensable social support. The major national debate launched this week could be the next opportunity in France to review the solutions and the political choices they imply.

In a globalised economy and in the face of global environmental challenges, these efforts at the level of each country must be supported by further consolidating the framework of multilateral cooperation, for greater efficiency and solidarity. In this respect, the year 2020 is a key deadline, with the expected submission of more ambitious country contributions to climate action, the negotiation in Beijing of a new framework for biodiversity conservation, and the successful conclusion of the negotiations for the High Seas Treaty.

The objectives are clear: a strengthened European project for sustainable development, an effective triggering of the transition at country level, and an effective and mutually supportive framework for international cooperation. IDDRI and its partners around the world will be fully mobilized on these three axes, to feed and structure these intense political debates on issues that will determine our future.

In the same category
Reducing energy expenses in the workplace
What can you do to save and reduce your energy consumption? 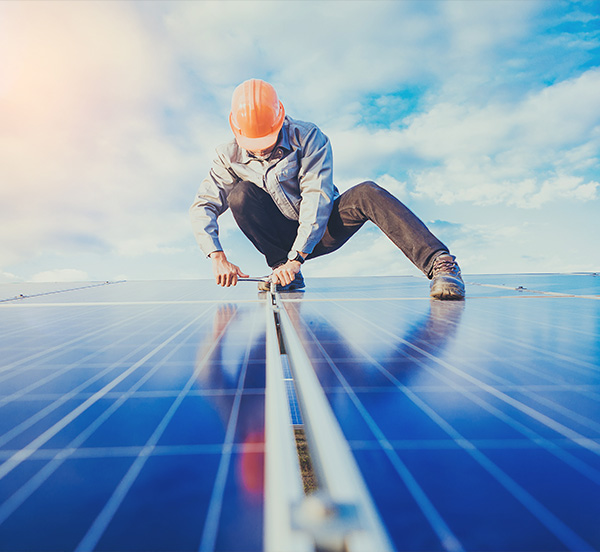